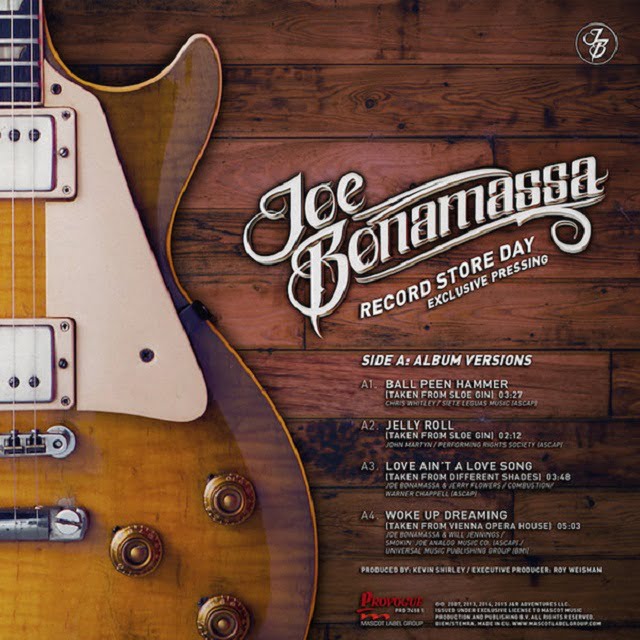 The Provogue label is delighted to be part of Record Store Day for the first time on 18 April 2015 and is releasing a strictly limited edition exclusive 180g vinyl pressing from blues rock supremo Joe Bonamassa.

It consists of 8 tracks , the electric side features four tracks, the original album versions of a selection of his cherished tracks namely Ball Peen Hammer, Jelly Roll, Love Ain’t A Love Song and Woke Up Dreaming ( live version from the Vienna Opera House).

Flip to the acoustic side and find live acoustic versions of the same tracks which were recorded for a secret intimate performance in front of 5 lucky competitions winners only with Classic Rock Magazine and Team Rock Radio UK in June 2014..

A mirror image reflecting both sides of Joe Bonamassa playing, along with the sleeve artwork featuring a classic 1959 Gibson Les Paul Skinner Burst and a 1974 Martin D-41 acoustic from his huge and revered collection ofclassic guitars. This is an essential purchase for Joe’s fans along with vinyl collectors.