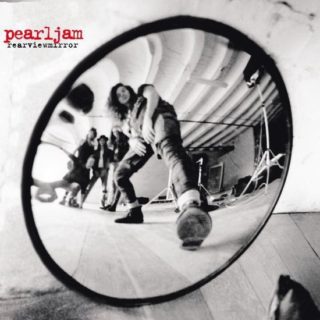 In 2004 Pearl Jam released “Rearviewmirror (Greatest Hits 1991-2003)”, the name gives it away, a best-of album with 33 tracks, including hits, rare B-sides and sampler contributions, on double CD.

The two parts of the album are each dedicated to different sides of the band’s catalog: the first disc, “Up Side”, contains harder rock songs, while the second disc, “Down Side”, consists of slower songs and ballads, including classics such as “Black”, “Daughter”, “Elderly Woman Behind The Counter In A Small Town” and “Better Man”. The songs are in chronological order, except for the last song on the “Down Side”, the regular concert closing track “Yellow Ledbetter”.

“Rearviewmirror (Greatest Hits 1991-2003)” was certified platinum by the RIAA in the United States. The album reached number 16 on the US Billboard charts. The highest chart position was in Australia at number two.