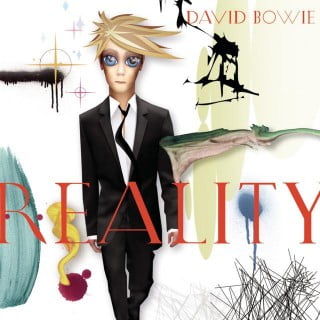 Reality is the twenty-third studio album by English rock musician David Bowie. It was released in 2003 on his Iso Records label, in conjunction with Columbia Records. In 2014, it was released on vinyl for the first time.
The album was recorded and produced in New York’s Looking Glass Studios and co-produced by Bowie and Tony Visconti. Consisting mostly of original compositions, the album also includes two cover songs, The Modern Lovers’ “Pablo Picasso” and George Harrison’s “Try Some, Buy Some”. These two tracks were originally slated for Bowie’s never-recorded Pin Ups 2 album from the early 1970s.