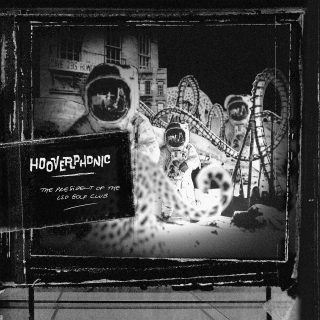 Side B
1. The Eclipse Song
2. Billie
3. Black Marble Tiles
4. Strictly Out Of Phase
5. Bohemian Laughter

Originally intended to be released as the The Magnificent Tree Hooverphonic’s sixth album was finally titled The President of the LSD Golf Club. The album itself is different compared to their previous work, recorded with live musicians and the use of the mellotron (keyboard). Psychedelic/progressive rock with their well-known dream pop and trip hop marks their new move into the music. Their flawless mixture of these different styles is great in every aspect. The progressivity of the different songs gives you the feeling to be back in the late ‘60s, early ‘70s. An adventure which keeps you active every minute of the day and the final album with long-time vocalist Geike Arnaert.

The President of the LSD Golf Club is available as a limited edition of 1.500 individually numbered copies on coloured (silver & black swirled) vinyl.