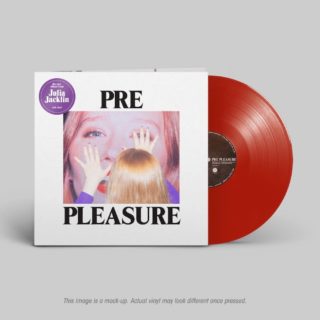 Today, Australian singer/songwriter Julia Jacklin announces her highly anticipated new album PRE PLEASURE set for release on August 26, 2022. The album is a masterclass in songwriting and cements Jacklin’s status as one of the most important songwriters of her time.

“A lot of the time I feel like I need to do all the work before I can enjoy my life,” says Julia Jacklin of her third album, PRE PLEASURE. “Whether that’s work on songs or sex, friendships, or my relationship with my family – I think if I work on them long and hard enough, eventually I’ll get to sit around and really enjoy them. But that’s not how anything works is it. It’s all an ongoing process.”

The binary of casual crisis is a powerful force in Julia Jacklin’s music. Since releasing her debut album Don’t Let the Kids Win in 2016, the Melbourne-via-Blue Mountains singer/songwriter has carved out a fearsome reputation as a direct lyricist, willing to excavate the parameters of intimacy and agency in songs both stark and raw, loose, and
playful. If her folky 2016 debut Don’t Let the Kids Win announced those intentions, and the startling 2018 follow-up Crushing drew in listeners uncomfortably close, PRE PLEASURE is the sound of Jacklin gently loosening her grip.

Conceived upon returning home at the end of a mammoth Crushing world tour, and finished in a frantic few months of recording in Montreal (“The songs on this record took either three years to write or three minutes”), PRE PLEASURE sees Jacklin expanding beyond her signature sound, while conjuring the ripples and faultlines caused by
unreliable communication.

There are moments throughout the ten songs that reflect this source inspiration, and Jacklin’s willingness to explore new terrain as both a producer and songwriter, but ultimately PRE PLEASURE presents Jacklin as her most authentic self; an uncompromising and masterful lyricist, always willing to mine the depths of her own life experience, and singular in translating it into deeply personal, timeless songs.