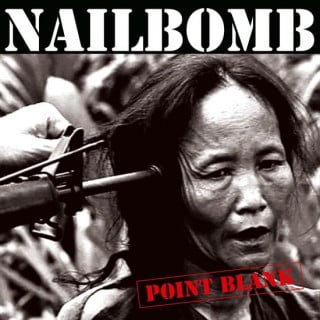 Point Blank is the only studio album by heavy metal band Nailbomb, originally released on March 8, 1994 by Roadrunner Records. The side project Nailbomb, was started by Max Cavalera and Alex Newport in the mid-1990s. The first track “Wasting Away”, appears in the 1995 film To Die For. The album cover is a female Vietcong member with a U.S. soldier’s gun to her head.