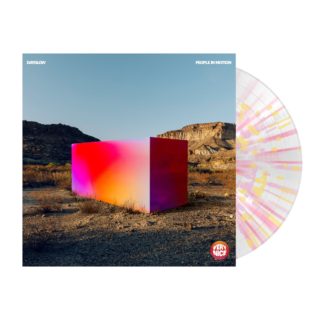 Magnetically energetic and eternally hopeful, Dayglow (the project of Austin, TX based Sloan Struble) excels in creating catchy, carefully crafted, effervescent indie pop. His home-recorded 2018 debut album Fuzzybrain featured the Platinum Certified single “Can I Call You Tonight?,” which went on to be hailed as 2020’s biggest independent alternative hit. Following up with his sophomore album Harmony House in 2021, Dayglow generated a mountain of indie buzz and critical acclaim anchored by lead single “Close To You”. Now, after racking up over a billion streams and selling out headline tours around the world, Dayglow returns with his third album People In Motion. Fun and colorful, People In Motion meditates on the ideas of commitment, inner peace, and movement, while inviting the listener to the dance floor to leave the chaos and noise of our current culture behind.

3. Then It All Goes Away