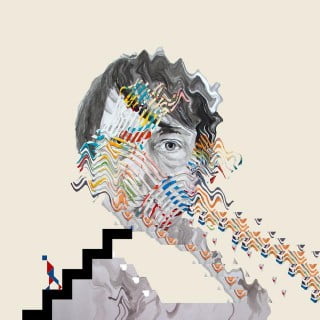 Painting With is the tenth studio album by American experimental pop band Animal Collective, released on February 19, 2016. The album is a follow-up to Centipede Hz (2012), and features contributions from John Cale and Colin Stetson. Three singles have been issued from the album: “FloriDada” (2015), “Lying in the Grass”, and “Golden Gal” (both 2016).

For Painting With, the band’s line-up consists of Avey Tare (David Portner), Panda Bear (Noah Lennox), and Geologist (Brian Weitz), the same trio which participated for Merriweather Post Pavilion (2009). Deakin (Josh Dibb), who had rejoined the band in November 2010 for Centipede Hz, and toured with them from 2011 to 2013, is absent.