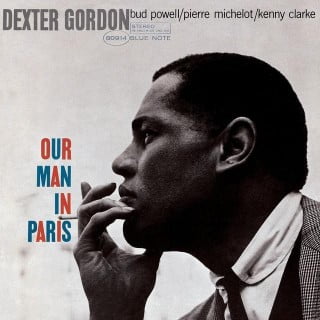 Our Man In Paris

Our Man in Paris is a 1963 jazz album by saxophonist Dexter Gordon. The album’s title refers to where the recording was made, Gordon (who had moved to Copenhagen a year earlier) teaming up with fellow expatriates Bud Powell and Kenny Clarke, both Parisian residents, and native Parisian Pierre Michelot. Powell, Clarke and Michelot, under the name The Three Bosses, had played together often in Paris since Powell moved there in 1959.