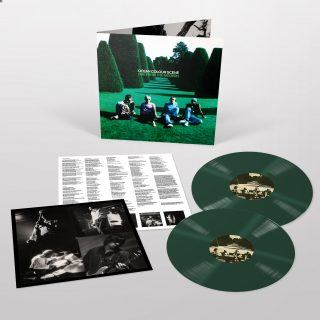 One From The Modern

The 4th Ocean Colour Scene album was a slight departure from the previous two albums, with a more reflective, soulful and pastoral sound as well as a more political slant, albeit with a late-60s psychedelic slant, reminiscent of The Byrds, Small Faces or later-period Beatles.

The whole album still retains the band’s trademark melodic style, with a refined, rich sound that gives the material a contemporary twist, avoiding the pitfalls of relying on a merely nostalgic or ‘retro’ orientated approach. Check out the psychedelic freak-out instrumental ending of I Am the News…!

The album includes three hit singles – the protest song Profit in Peace, followed by the more classic OCS sound of So Low and double ‘A’ side – I Am the News / July.

The album was produced by Brendan Lynch and the song Soul Driver is dedicated to Paul Weller, who mentored the band. Weller sings backing vocals on the track – No One at All.