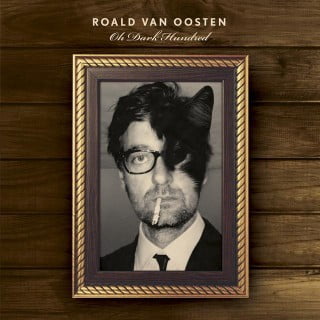 Roald van Oosten is back. The former frontman of the legendary indie band Caesar has a new album: Oh Dark Hundred. It’s a rollercoaster of adventurous songs filled with retro electronics, guitars and harmonies, in a perfect balance between the energy of Caesar and the melancholy of Ghost Trucker.

The title Oh Dark Hundred is slang for midnight. In a twilight zone between dream and reality, songs like Snug, Pilots of Luna and Let’s Go Spacey create their own space-age universe.

With Caesar Roald released several successful albums, one of which was produced by Steve Albini, the recordist behind Nirvana, Low, and The Pixies. The band toured extensively in Europe and the US, with highlights including Pinkpop and Lowlands, the two biggest music festivals in the Netherlands. Roald has been very prolific in his post-Caesar days. He reinvented himself as a songwriter and producer for other bands, and foremost as a composer for theater, documentaries, and film. British playwright Martin Crimp invited Roald to compose the songs for his new play In the Republic of Happiness, which was performed at the Royal Court Theatre in London.

The songs on Oh Dark Hundred are the sum of this experience, a concentrate of ideas of what his musical universe should sound like: 12 songs as a great adventurous expedition: Oh Dark Hundred!