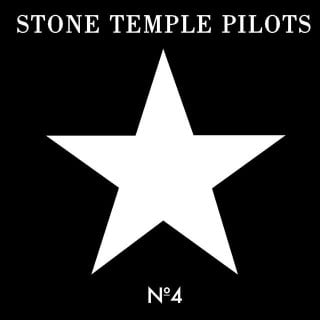 № 4 is the fourth album released by American grunge rockers Stone Temple Pilots, released in 1999. The album was a return to the band’s earlier Hard Rock roots, while also blending elements of Heavy Metal, Psychedelic Rock, and Alternative Rock. The song “Down” was nominated for Best Hard Rock Performance at the Grammy Awards. The album also produced one of STP’s biggest hits, “Sour Girl”, which charted at #78 on the Hot 100.