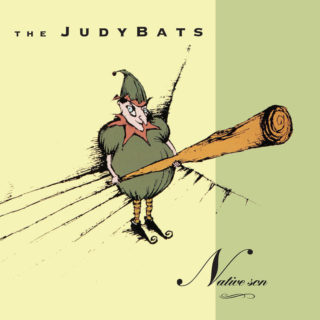 Knoxville’s Judybats were a quintessential “college rock band,” melding folk-rock influences filtered through an alt-rock sensibility (think REM) to quirky pop and lyrical smarts that bring to mind an American version of XTC. The title tune from their 1991 debut album Native Son went Top Ten on the Modern Rock charts, and the album also featured a great cover of Roky Erickson’s “She Lives (in a Time of Her Own).” For its first-ever LP release, we’re pressing 1600 copies in olive green vinyl. Another excellent ’90s album that’s long overdue for the vinyl treatment! (Limited Olive Green Vinyl Edition)

Tracklist:
Native Son;
Daylight;
Convalescing in Spain;
Don’t Drop the Baby;
She Lives (in a Time of Her Own);
Incognito;
In Like with You;
Woman in the Garden;
Waiting for the Rain;
Counting Sheep;
Perfumed Lies;
The Wanted Man