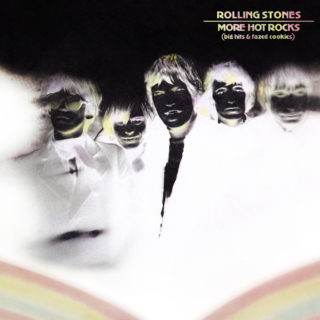 Exclusive limited edition package for Record Store Day, celebrating the 50th anniversary of this landmark double album release. This iconic collection is a must-have release by the ‘world’s greatest rock and roll band’…!! More Hot Rocks…offers hits, some of the best deeper cuts, and a whole LP side’s worth of rarities that hadn’t yet been available in the United States when this compilation was released.

Originally released in 1972, this indispensable 25-track, collection features Not Fade Away, It’s All Over Now, The Last Time, Lady Jane, Dandelion, She’s a Rainbow, Have You Seen Your Mother Baby, Standing in the Shadow?, Out of Time, Tell Me, and We Love You.

The rarities include their 1963 debut single Come On, early R&B covers of Fortune Teller and Bye Bye Johnnie, great slide guitar on Muddy Waters’ I Can’t Be Satisfied, (recorded at Chess Studios and in stereo here) and the soulful 1966 U.K. B-side Long Long While.

Also included is the stereo version of the psychedelic non-LP B-side Child Of The Moon, previous to the 1972 release, was only heard in mono.

This iconic collection is a must-have release by the ‘world’s greatest rock and roll band’…!!