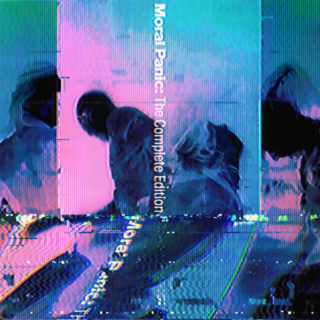 Following the release of Moral Panic and Moral Panic II in 2020 & 2021, Southend five-piece Nothing But Thieves have announced they will release the two projects together as a physical release on vinyl with Moral Panic: The Complete Edition. Moral Panic II followed the band’s acclaimed third album Moral Panic, with both releases sharing a connection thematically and lyrically. Two reflective bodies of work tinged with emotion, anger and hope, the records openly and passionately discussed many issues we face in modern society today. Written separately, but with the band always feeling that they should be enjoyed as one project, both records are already available to stream as one release, but they will now both be released together physically as a 16-track vinyl as Moral Panic: The Complete Edition.

The EP featured 5 new tracks, including the singles Futureproof and Miracle, Baby, which followed the original Moral Panic singles Is Everybody Going Crazy?, Real Love Song, Phobia and Impossible.