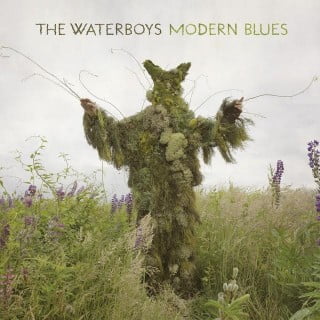 Modern Blues is an electric, eclectic, soulful, bold and gloriously freewheeling rock’n’roll record, arriving at a time when the relevance and popular reach of The Waterboys has never been greater. In 2013 Ellie Goulding scored a top 3 UK hit with their “How Long Will I Love You” and earlier this year Prince performed “The Whole of the Moon” solo at the piano during his Hit + Run show at Ronnie Scott’s in London, while the same song was performed by finalist Sally Barker on primetime BBC 1 show The Voice. In recent times “A Pagan Place” has become a live staple for hot US indie band The War on Drugs and Waterboys’ songs have been used in movies like About Time, Dom Hemingway and What We Did On Our Holiday.