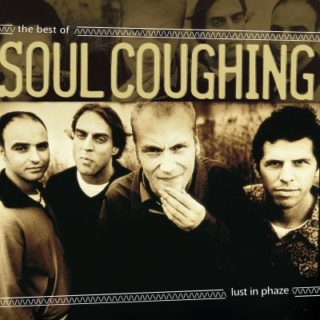 All Music calls them “one of the most unusual cult bands of the 90’s.” Way ahead of their time mixing jazz, samples, hip hop, electronic and experimentalism, Soul Coughing is no longer together but lives on with cool music fans everywhere. Mike Doughty, the lead singer continues to record and perform and recently reunited with bandmate Sebastian Steiberg at Largo in LA after 22 years.

Never released on vinyl, Lust in Phaze, is a greatest hits and B Sides compilation originally released twenty years ago in 2002 on Slash. Rhino had reissued the three studio albums in 2015 and they are no longer in print but some go for top dollar on Discogs. In addition to the band’s most popular songs, Lust in Phaze includes “Unmarked Helicopters” from the X Files, B-side “Buddha Rhubarb Butter,” a Propellerheads radio edit of “Super Bon Bon,” and a live version of “Casiotone Nation.” The Record Store Day Black Friday exclusive is pressed on yellow vinyl.