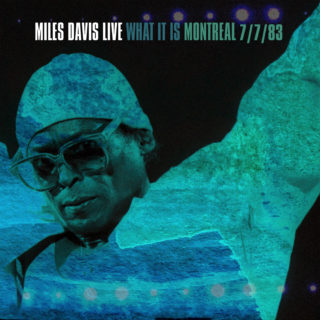 This double LP release includes one of Miles Davis’ final great bands including John Scofield on guitar, Bill “The Other Bill Evans” Evans on saxophones, flute and electric piano, Darryl Jones on bass, Al Foster on drums and percussionist Mino Cinelu. Miles was back in amazing form (“incandescent and iridescent as ever” as Greg Tate noted), when he mounted the stage at the Theatre St-Denis during the Festival International De Jazz De Montreal in July 1983 and this release is the first time this revelatory performance will be released. It has been lovingly mixed and mastered and will be included on CD and digitally in the next edition of the Miles Davis Bootleg series that focuses on the 1981-1985 period, coming later in the year, but the Record Store Day release would be it’s exclusive release on vinyl. What It Is includes tracks from that year’s release Star People, the Marcus Miller tune “Hopscotch” and the song “Jean-Pierre” that appeared on 1982’s We Want Miles. The recordings of “What It Is” and “That’s What Happened” were so well thought of by Miles that he utilized them for his 1984 release Decoy, but in heavily edited form and this release would include the first release of them in complete form. Packaged in beautiful gatefold packaging, the album features liner notes penned by the incomparable music journalist Greg Tate and represent some of his final writing. 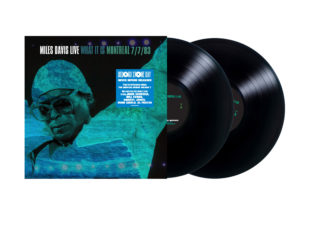