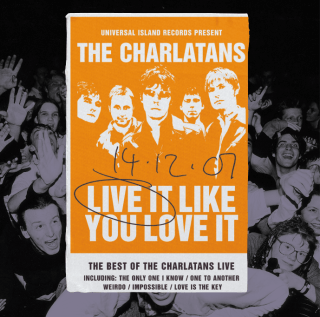 In the summer of 2001, The Charlatans embarked on a huge tour of the UK and North America, the penultimate live show in December that same year would be a grand homecoming to the Manchester Evening News Arena “This is a fine old place! Let’s do the show right here!” proclaimed Tim Burgess to the 21,000 strong crowd! A set list with such enduring songs as ‘Love Is The Key’, ‘One To Another’, ‘North Country Boy’ and Manchester staples ‘Weirdo’ and ‘Sproston Green’ just go to show that this is more than a set-list it’s a scrapbook of memories and rock ‘n’ roll preservation. The blood of a band that means so much to so many. Released for the very first time on double gatefold 180g coloured vinyl this very special package comes loaded with a set of original Tom Sheehan live archive photographs beautifully restored as individual art prints to cherish. Complete with SoV Download code.