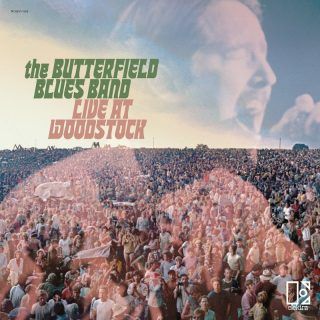 Paul Vaughn Butterfield was an American blues harmonica player, singer and band leader.
After an early training in classical flute, he developed an interest in blues harmonica and
explored the blues scene in his native Chicago.

Butterfield met aspiring blues guitarist Elvin Bishop in the early 1960s and with bassist
Jerome Arnold and drummer Sam Lay (both from Howlin Wolf’s touring band), the new
group secured a highly successful club engagement at Big John’s Folk Club in Chicago
which brought them to the attention of producer Paul A. Rothchild. During their engagement,
Butterfield met and occasionally sat in with guitarist Mike Bloomfield. Rothchild was
impressed with the chemistry between the two and persuaded Paul to bring Bloomfield into
the band and eventually signed them to Elektra Records in 1964. Rothchild assumed the role
of group manager and used his folk contacts to book them at the Newport Folk Festival in
1965. The band added keyboardist Mark Naftalin, and its debut album, The Paul Butterfield
Blues Band was finally successfully recorded in mid-1965 and released later that year. The
album reached number 123 in the Billboard 200 chart, but its influence was felt way beyond
the sales figures. In July 1966, the sextet recorded their second full length album, EastWest. The album consisted of more varied material and reached number 65 on the album
charts. With Bishop and Naftalin remaining, the band added bassist Bugsy Maugh, drummer
Phillip Wilson, and saxophonists David Sanborn and Gene Dinwiddie. This lineup recorded
the band’s third album, The Resurrection of Pigboy Crabshaw in 1967. The album cut back
on instrumental jams and focused more on an R&B influenced horn-driven sound. It was
Butterfield’s highest-charting album, reaching number 52 on the chart. On the next album,
In My Own Dream, the band continued to move away from its roots in Chicago blues towards
a more soul-influenced, horn-based sound. The album reached number 79 on the Billboard
chart and by the end of 1968, both Bishop and Naftalin had left the band.

The band was invited to perform at the Woodstock Festival on August 18, 1969. They
performed seven songs, and although its performance did not appear in the film Woodstock,
one song, “Love March,” was included on the original album release Woodstock: Music
From the Original Soundtrack and More, released in 1970. In 2009, Butterfield was included
in the expanded 40th Anniversary Edition Woodstock video, and an additional two songs
appeared on the box set Woodstock: 40 Years On: Back to Yasgur’s Farm. Finally, in August
2019, Rhino Entertainment released the web-only, 38 CD/blu-ray, numbered and limited box
set: Woodstock–Back to the Garden: The Definitive 50th Anniversary Archive which included
Butterfield’s complete set. Run Out Groove will issue this incendiary live set on vinyl for the
very first time with new artwork and deluxe packaging!