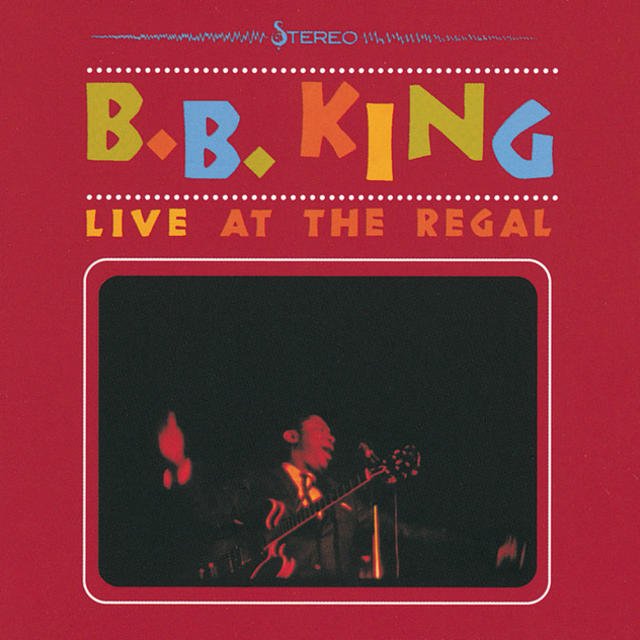 Live At The Regal

Live at the Regal is a 1965 live album by blues guitarist and singer B.B. King. It was recorded on November 21, 1964 at the Regal Theater in Chicago. The album is widely heralded as one of the greatest blues albums ever recorded and is #141 on Rolling Stone Magazine’s 500 Greatest Albums of All Time. In 2005, Live at the Regal was selected for permanent preservation in the National Recording Registry at the Library of Congress in the United States.

Some musicians, including Eric Clapton, John Mayer, and Mark Knopfler, have acknowledged using this album as a primer before performances.