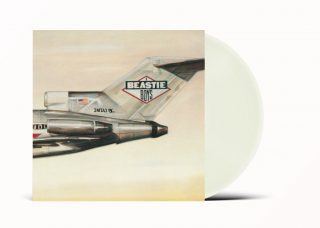 Produced by Rick Rubin and Beastie Boys, Licensed To Ill was originally released November 15, 1986. It was the first hip hop album ever to top the Billboard 200 and has been certified RIAA Diamond in the U.S. in 2015 for more than 10 million album sales. Virtually every track on the album was a hit single or fan favorite, including “Hold It Now, Hit It,” “The New Style,” “Paul Revere,” “Brass Monkey,” “(You Gotta) Fight For Your Right (To Party),” “No Sleep Till Brooklyn” and more. Now pressed on Clear Vinyl 1LP.