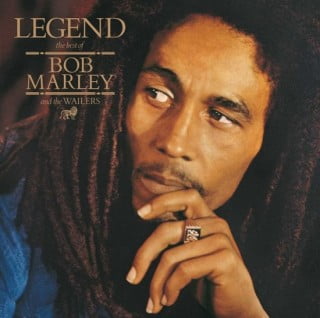 Bob Marley and the Wailers

Legend is a compilation album by Bob Marley and the Wailers, released in 1984 by Island Records. It is essentially a greatest hits collection of singles in its original vinyl format, and the best-selling reggae album of all-time, with over 15 million copies sold in the United States and an estimated 25 million copies sold globally.