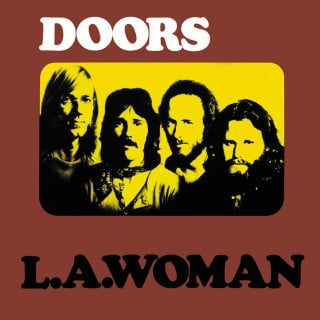 L.A. Woman is the sixth studio album by American rock band The Doors and the last recorded with lead singer Jim Morrison, who died in July 1971, less than 3 months after the album’s release. Its style signified a shift towards blues, following in the footsteps of Morrison Hotel.

L.A. Woman has become one of the band’s most popular and well-regarded albums, and sees the group delving into the blues music that influenced Jim Morrison as a child, including musicians Howlin’ Wolf and John Lee Hooker. In 2003, L.A. Woman was ranked number 364 on Rolling Stone magazine’s list of the 500 greatest albums of all time.