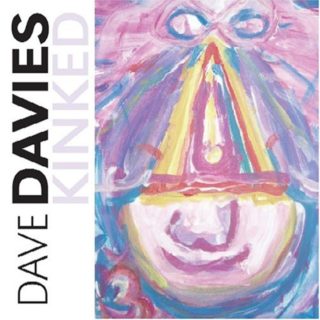 Kinked is a compilation of Dave Davies’ work from the late ’90s and early 2000s, featuring selections from the 1998 collection Unfinished Business: Dave Davies Kronikles 1963-1998, which itself contained a bunch of re-recordings from the late ’90s of classic Kinks tunes. That accounts for a little under half of this 15-track collection. The rest is made up of selections from the 2000 live album Rock Bottom: Live at the Bottom Line (four tracks) and 2002’s studio album Bug (two cuts), plus a couple of relative rarities — “When the Wind Blows (Emergency),” which was written for the End Hunger Network in 1997, and a cover of George Harrison’s “Give Me Love, Give Me Peace on Earth,” which was for a 2003 Harrison tribute album — and a brand new tune, “God in My Brain,” which was written and recorded in 2006, after Davies recovered from a serious stroke.