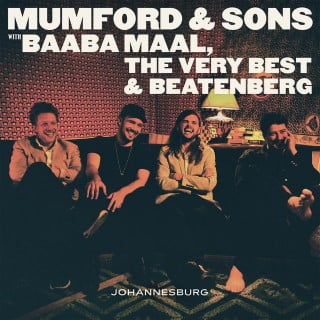 Johannesburg is a mini album by British rock band Mumford and Suns. It was released on June 17, 2016. Johannesburg is a product of their South African tour recording in the title city. The release features their touring partners Baaba Maal (a Senegalese music legend), Beatenberg (a South African pop group) and The Very Best (a London-based, Malawi-inspired jazz/ hip-hop act).

The mini-album was recorded over the course of two sessions in Johannesburg that the band have described as “all day and all night,” as part of a sizeable South African tour undertaken in January and February this year.