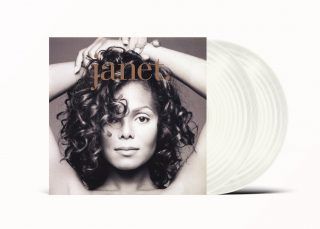 Janet. is the fifth studio album by Janet Jackson, released on 18th May, 1993, through Virgin Records. Prior to its release, Jackson was at the center of a high-profile bidding war over her recording contract. In 1991, her original label A&M sought to renew her contract, but after meeting with then Virgin owner Richard Branson, she signed with the label. The contract was worth an estimated $40 million, making her the world’s then-highest paid musical act.

For this album, Janet wrote all lyrics, in addition to co-producing every song and co-writing each of their arrangements with Jimmy Jam and Terry Lewis. Its title, read “Janet, period.”, is meant to disassociate her public image from her family, dropping her surname. A pop and R&B record, janet. incorporated hip hop, opera, house and jazz, eliminating the rigid, industrial sound of her previous records. Lyrically, the theme of janet. is sexual intimacy—an abrupt departure from her conservative image.

In the United States, Janet became the singer’s third consecutive album to top the Billboard 200 and her first to debut at number one. Selling 350,000 copies in its first week, it set a record for the highest first week sales for a female artist at that time. It has sold over seven million copies in the US and internationally, janet. topped the record charts in Australia, New Zealand and the United Kingdom, and has sold an estimated 14 million copies worldwide.

The janet. album cemented her as an international icon and sex symbol, and is listed by the National Association of Recording Merchandisers and the Rock and Roll Hall of Fame as one of the 200 Definitive Albums of All Time.