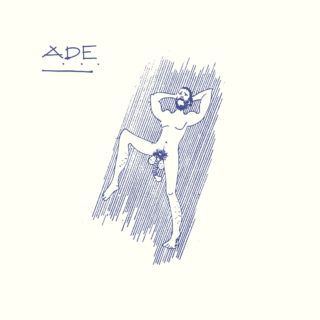 A few years in the not-so-distant past, a clairvoyant delivered an indelible message to Connan Mockasin. Inferring a project involving his father that had not yet been started, a woman he’d met only by chance told him: “You need to make it your priority, or you’ll regret it for the rest of your life”.

Though Connan and his father, Ade, had always joked that they’d make an album together, it was this extrasensory perception that summoned It’s Just Wind — its name a retort used by Ade’s father “whenever he broke wind and caused a ruckus around him” — into the realm of the real. Ade had himself only recently hovered precariously between realms; suffering a sudden cardiac arrest which left him flatlined for 40 minutes, and then in a coma. “I couldn’t win a raffle if there were two tickets in a plastic bucket” he muses, “so the chances of surviving a coronary … surviving was good luck.”

Match struck against the box by future-seeing eyes, Connan proposed that the next of his yearly artist residencies at Mexican Summer’s Marfa Myths festival, in Marfa, Texas, be used to make the album that had been stirring in Ade for 40 years or more; for despite maintaining a lifelong interest in music, playing in various bands throughout the 1960s and 70s, recording sessions, and even making an album with his band The Autumn Stone, which survives only in the form of damaged master tapes. With a band made up of Connan as well as John Carroll Kirby, infinite bisous, Nicholas Harsant and Matthew Eccles plus production from Liam Finn, It’s Just Wind is both a lifetime in the making and utterly impromptu, it means everything and nothing. It is, after all, just wind.