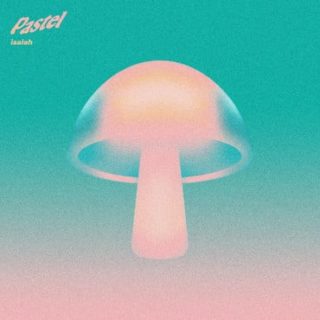 Pastel are a 5-piece band from Manchester, UK described as “latter day shoegaze with a bit of swagger to it” by BBC 6 Music DJ Steve Lamacq. Their debut “Deeper Than Holy ” EP hit no.1 on the UK chart, selling all 600 limited-edition vinyl copies within 90 seconds of being put on sale. Deeper Than Holy EP on vinyl now resells on Discogs for £100+. Following the buzz of this chart position, they were personally invited by Liam Gallagher (ex-Oasis) to perform in front of 80,000 music fans at his huge Knebworth shows this summer. They will support Liam Gallagher again when he plays Cardiff on September 15th. They will also be touring the UK to support this release. Only 1500 limited-edition vinyl copies of the Isaiah EP will be pressed. 3 colourways, 500 of each. Following demand for the debut EP, we predict collectors will be keen to secure the triptych this new release. Therefore, we are offering the white vinyl to retail as an exclusive, with the 2 additional colourways to be sold via Spirit Of Spike Island online store. With a debut album scheduled for 2023 and fans ranging from Andy Bell (Ride), Liam Gallagher (Oasis), Steve Lamacq (BBC 6 Music), Louis Tomlinson (One Direction) & Paolo Nuttini, this EP will be the stepping stone onto an exciting debut album campaign in 2023.