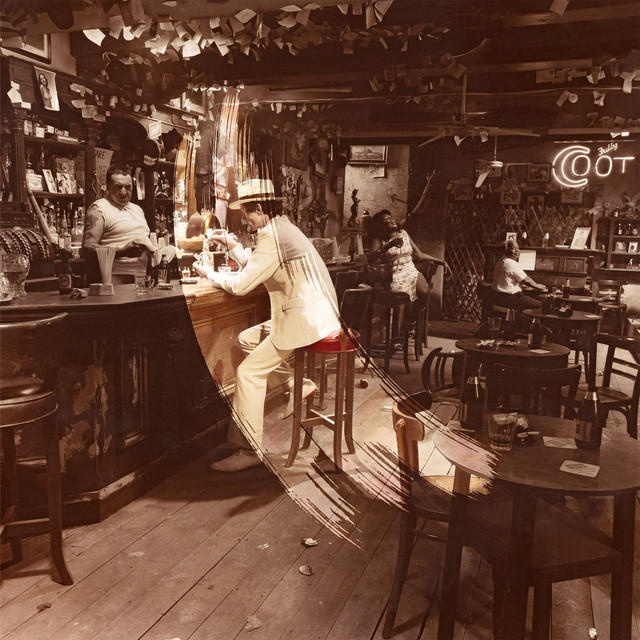 In Through The Out Door

In Through the Out Door is the eighth studio album by the English rock band Led Zeppelin, and their final album of entirely new material. It was recorded over a three-week period in November and December 1978 at ABBA’s Polar Studios in Stockholm, Sweden, and released by Swan Song Records on 15 August 1979. In Through the Out Door was the band’s eighth and final studio release to reach the top of the charts in America, and was the last released by the band before the death of drummer John Bonham in 1980.

A remastered version of In Through the Out Door, along with Presence and Coda were reissued on 31 July 2015. The reissue comes in six formats: a standard CD edition, a deluxe two-CD edition, a standard LP version, a deluxe two-LP version, a super deluxe two-CD plus two-LP version with a hardback book, and as high resolution 96k/24-bit digital downloads. The deluxe and super deluxe editions feature bonus material containing alternative takes and previously unreleased songs, “Southbound Piano”, “The Epic”, “The Hook”, and “Blot”. The reissue was released with a grayscale version of the original album’s artwork as its bonus disc’s cover. A replica of the brown bag and the colorable line drawing are included in this edition.