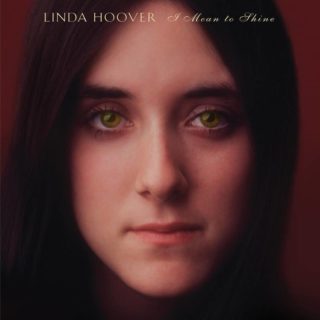 I Need To Shine

I Mean To Shine includes three original compositions by Linda alongside The Band’s “In A Station” (from Music From Big Pink) and Stephen Stills’ “4+20” (which appeared on CSN&Y’s Déjà Vu). Almost half of the album was penned by the pre-Steely Dan songwriting duo of Becker and Fagen, including what would become the album’s title track. After creating a wonderful record, album cover photos were taken and then it all fell apart.

The release was shelved over a business disagreement and if that wasn’t heartbreaking enough, Hoover learned that Barbra Streisand also recorded “I Mean To Shine” (which would appear on her album Barbra Joan Streisand). Streisand’s album hit #11 and went gold. For the production team of Katz, Becker, and Fagen one success built on another and they were hired to staff positions at ABC-Dunhill Records in Los Angeles.

Hoover continued to pursue musical opportunities in New York, but with her creative team gone and no record release to show for their collective efforts, she wound up returning to her parents’ house in Florida. However, she did take a tape copy of her album home with her.

Now, with the blessing from Hoover and original producer Katz, the previously unissued album, I Mean To Shine finally sees the light of day and even features the proposed 1970 cover shot by Joel Brodsky (whose work at that time had already graced the covers of releases from The Doors, Van Morrison, The Stooges, and more). The album has been produced for release by Linda, Jay Willingham, and Grammy®-winner Cheryl Pawelski with audio restoration and mastering by Grammy®-winning engineer Michael Graves. Scott Schinder’s liner notes are informed by new interviews with Hoover and Katz.