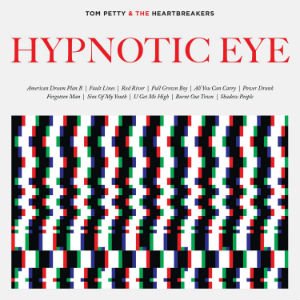 Hypnotic Eye is the 13th studio album by American rock band Tom Petty and the Heartbreakers, released on July 29, 2014, by Reprise Records.[6][7] The album debuted at number one on the Billboard 200, becoming the first Tom Petty and The Heartbreakers album to ever top the chart.