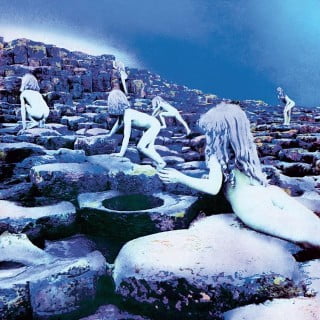 Houses Of The Holy

Houses of the Holy is the fifth studio album by British rock band Led Zeppelin, released by Atlantic Records on 28 March 1973. It is their first album composed of entirely original material, and represents a musical turning point for the band, who had begun to record songs with more layering and production techniques.