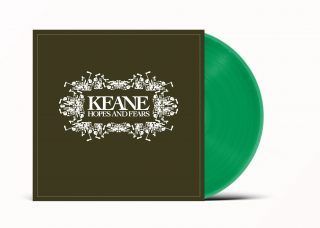 Hopes and Fears is Keane’s debut album, originally released on 10th May 2004 and features the top 5 singles ‘Somewhere Only We Know’ and ‘Everybody’s Changing’. It reached #1 in the UK chart on release and went on to be the second best-selling album of the year. In 2005, the album hit the #1 spot again following a Brit Award win for Best Album.