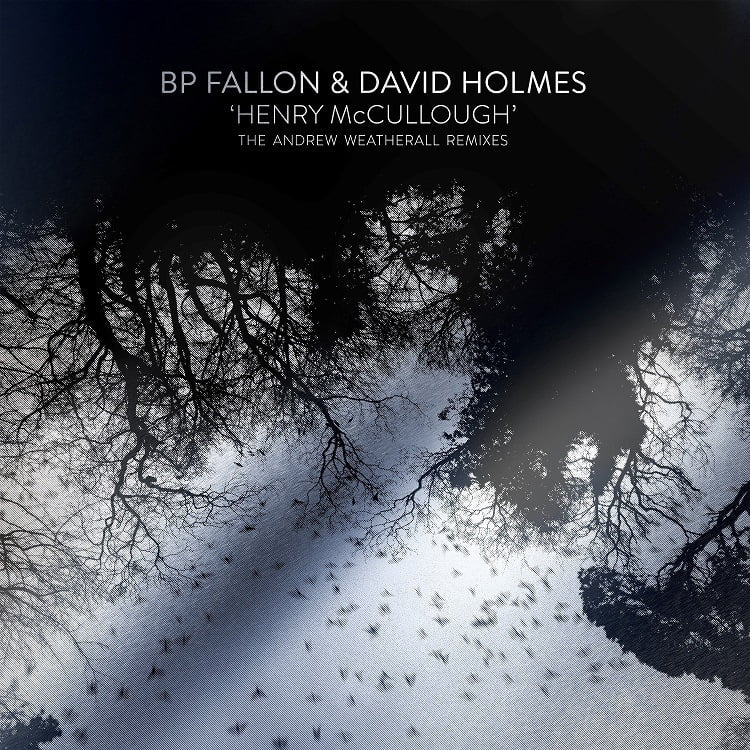 “I received a phone call from BP Fallon the day before Henry McCullough’s funeral. He was heart broken having lost his dear friend and asked if he could stay at mine after returning from the funeral.
When I picked him up from the train station he asked me if he returned early enough to record something. I started working on the music that day, then I had an idea which was to record something about Henry and their relationship. When BP returned that evening I sat him down in front of the microphone and this happened in one take! We both knew we captured a very special moment that couldn’t have been created at any other moment – magic.”
David Holmes 2016

To celebrate the 10th anniversary of Record Store Day we’ve created something very special. We have two fantastic remixes of ‘Henry McCullough’ by Andrew Weatherhall packaged in our prettiest sleeve yet. The white vinyl has a unique gold and black colour splatter along with a Gold screen printed reflective ‘mirrorball’ sleeve.