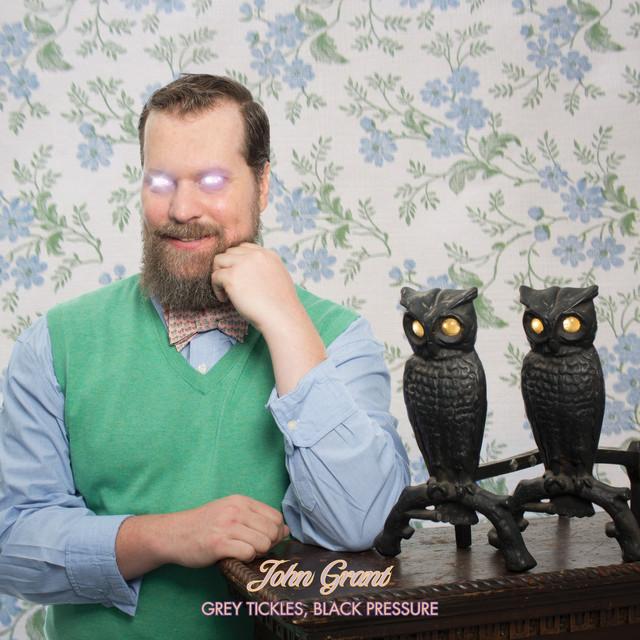 Grey Tickles, Black Pressure is the third solo album by former The Czars frontman John Grant. The album and tracklist were officially announced on the 23rd of June and was released October 8th via Bella Union.

The record’s title comes from the raw translation of two phrases from the Icelandic and Turkish languages respectively: “grey tickles” refers to approaching middle age; “black pressure” comes from the Turkish word for nightmare. Grant stated that he wanted to get angrier and moodier on this record although he enjoyed the process of making this album more than the previous two. The album’s trailer features Grant in what appears to be after a psychotic break, covered in blood and yielding a croquet mallet as a weapon. Grant described it as a fantasy of what he would like to do every time somebody calls him a faggot.