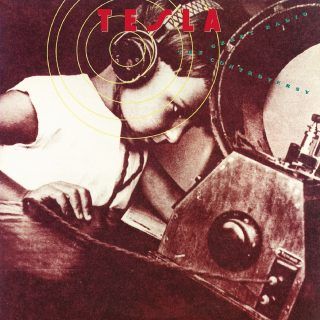 Released in 1989, The Great Radio Controversy is Tesla’s second album. The hit singles “Love Song”, “Heaven’s Trail (No Way Out)”, “Hang Tough” and “The Way It Is” received considerable MTV airplay and rocketed the band to stardom. The album is certified double platinum by the RIAA, and this RSD Black Friday deluxe package is pressed on red opaque vinyl and includes original labels and a printed sleeve, with an OBI side spine.