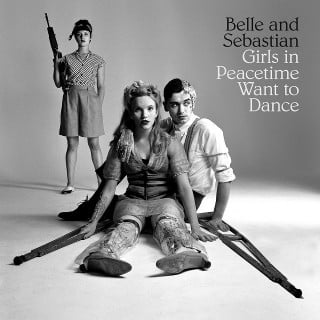 Girls In Peacetime Want To Dance

Girls in Peacetime Want To Dance is the upcoming ninth studio album by Belle and Sebastian, to be released on 19 January 2015. The album was recorded in Atlanta, Georgia in 2014 and was Belle & Sebastian’s first record to be produced by Ben H. Allen III. It will be their first record to be distributed worldwide by Matador Records. The first single from the album, “The Party Line”, was announced on 29 October 2014 with its first airplay on BBC 6 Music.