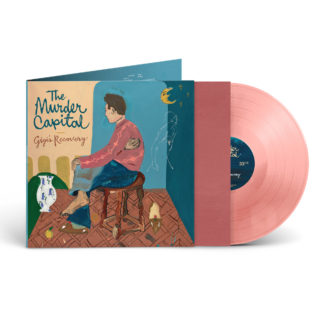 Following The Murder Capital’s return at the end of July with their first new material since 2019, “Only Good Things“, today they share the news of their much-anticipated second album “Gigi’s Recovery” set for release on January 20th via Human Season.

Gigi’s Revenge will be available on CD, standard black LP and a pink LP exclusive to Independent Record Stores.

While the material on “When I Have Fears” captured the vital beginnings of the group, the 12 songs of “Gigi’s Recovery” push the band into ever braver sonic territories, oceans apart from previous peers. Ambition is put right at the front and center, with the inventive, expansive guitar work of Cathal Roper and Damien Tuit paired to a precise and intelligent rhythmic unit in bassist Gabriel Paschal Blake and drummer Diarmuid Brennan. Electronic elements are noticeably more prominent across the record, with industrial influences explored in greater detail than ever before, McGovern’s bold melodies acting as a reassuring anchor so we never get totally swept away into the band’s new found soundscape.

“The Murder Capital really are powerful, because of the bond they inspire among their fans” – The Guardian

“It’s early to say, and it’s bold for sure, but there’s a fair few legendary bands out there that were never quite as good as The Murder Capital are right now.” – DIY

*Vinyl image shown is for mock-up purposes only. Actual colour/shade may differ after pressing.