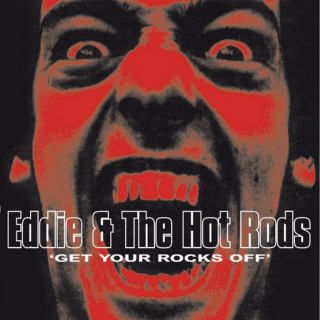 Eddie and the Hot Rods

Get Your Rocks off

Eddie and the Hot Rods live in France in May 1976, for the first time on vinyl and with bonus unreleased tracks featuring Lew Lewis – in a limited red and green double vinyl. Eddie and the Hot Rods are the missing link between high-energy pub rock and the punk explosion that followed in the next year. They were quickly branded as part of the punk movement, but their roots were American rock’n’roll, and also owed much to Dr Feelgood, who were from their hometown of Southend. Three bonus, previously unreleased live 1976 tracks on Side 4 which feature fabled harmonica player Lew Lewis – he left the band shortly after so fans will be pleased to find that these rare recordings exist.