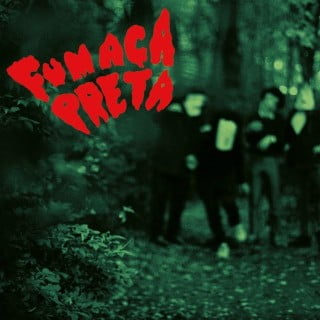 FUMAÇA PRETA brings together elements of tropicalia, psychedelics, fuzz funk, musique concrete, acid house, radiophonic electronics and numerous African, Brazilian and Latin rhythms.
The band started as a studio experiment when Alex Figueira, a Portuguese-Venezuelan producer and percussionist, invited some old friends to join him in the tiny analogue studio he built on the back of his house in Amsterdam for some free-ride experimentation.