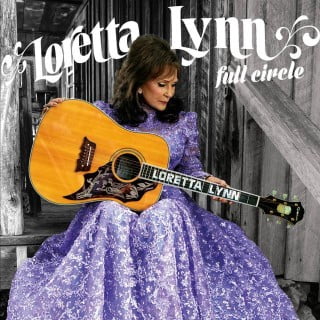 Full Circle is an album by Loretta Lynn, released in 2016 and produced by Lynn’s daughter Patsy Lynn Russell and John Carter Cash, the son of Johnny Cash and June Carter Cash. The album takes a broad look at Lynn’s history and legacy, offering up 13 new recordings that bounce between the Appalachian folksongs she learned as a child to newer versions of past hits.

Recorded at Cash Cabin Studio in Hendersonville, Tennessee, the album is Lynn’s first new studio recording in over 10 years. The recording is combination of new songs and re-recorded old classics and includes duets with Elvis Costello and Willie Nelson.