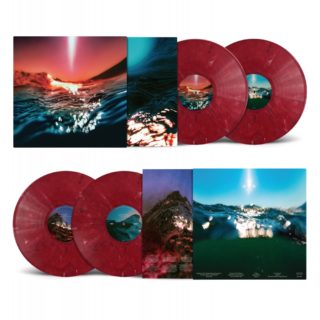 Bonobo has announced Fragments, a new album that will be released 14th January 2022 (Ninja Tune), along with a 2022 world tour. Along with the announcement, Bonobo has also shared the lead single “Rosewood.” Fragments is the most emotionally intense record that he – aka Simon Green – has ever had to make. It’s no surprise that it’s also his masterpiece. The album features Jamila Woods, Joji, Kadhja Bonet, Jordan Rakei, O’Flynn and Miguel Atwood-Ferguson. Born first out of fragments of ideas and experimentation, the album ultimately was fused together in a burst of creativity fuelled by both collaboration and Green’s escape into the wild. The artwork for ‘Fragments” is by Neil Krug who returns after creating the art for 2017’s ‘Migration’. Krug has also made a visualiser for ’Rosewood”.

One of the biggest names in dance music, Green’s career includes 3 Grammy nominations and playing to over 2 million people for the tour supporting his 2017 album Migration. Migration was a top ten album in multiple countries, top five at home in the UK and a Billboard dance album number one in the US. He’s also a favourite mainstage performer at the world’s greatest music festivals. As part of the tour announced today Bonobo will play three dates at the legendary Royal Albert Hall in London in addition to dates in Brighton, Birmingham, Manchester, Leeds and  Nottingham.