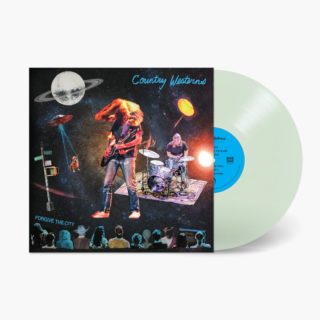 Nashville rockers Country Westerns are proud to announce their sophomore LP Forgive The City, due April 28, 2023 via Fat Possum Records. Marking the band’s second full-length release for Fat Possum, this barn-burning collection is also their second to be helmed by famed producer Matt Sweeney (who even contributes his lead guitar stylings to a few tracks).

The album is heralded by the sinewy, melodic new track “It’s A Livin’,” which is out now via all DSPs and is once again is accompanied by an official music video directed by Miranda Zipse (Miranda and the Beat). “It’s a Livin’ is the last song I wrote for our new album. It’s meant to be a tribute to musicians and travelers who are waiting for the road to open. And also a promotion of forgiveness in general,” says vocalist and guitarist Joseph Plunket. “It’s about the last go around and wondering what’s left out there. An encouragement to those who have to push through and keep moving and also an acknowledgement of a time to lay it down. It has pretty obvious vibes of a pandemic spent in Nashville and the actual lyrics are less pretentious than this description. I wrote it on my Danelectro 10-string which gives it a cool aggressive jangle.”

2. Speaking Ill of the Blues

4. Money On the Table