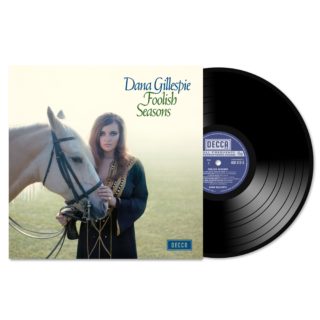 ‘Foolish Seasons’: Dana Gillespie’s first album makes its U.K. vinyl debut in this special RSD release of one of the great lost albums of 1960s British pop. This VERY rare and sought-after 1968 album from the legendary British singer-songwriter was only ever issued in the U.S. and over the years the LP’s reputation amongst collectors has grown with original copies now routinely selling for three figure sums. Although it never came out in England, Decca kept the masters to the intended U.K. pressing which contained two previously unreleased self-penned tracks; the blue-eyed soul bop ‘Goin’ Round in Circles’ and the orchestral ‘Come To My Arms’ which could almost have been a Bond theme.