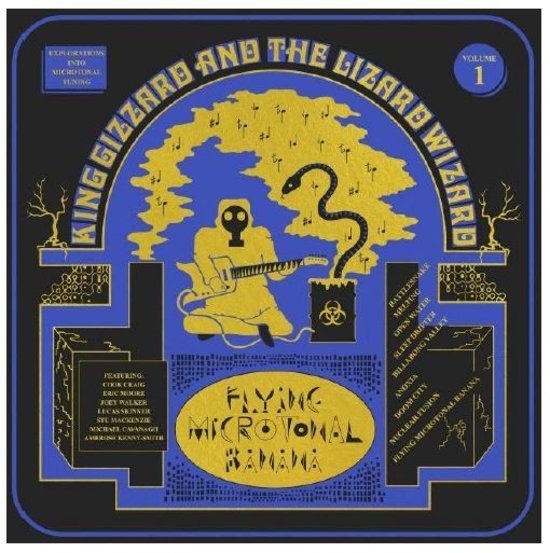 They may look like a bunch of dope-smoking slackers, but King Gizzard & the Lizard Wizard are Australia’s hardest-working band. The first of five albums scheduled for this year – and their ninth since 2012’s debut – this is as trippy as the title intimates, its head-spinning acid rock reinforced by traces of 60s-style raga pop played at the pace of punk. It’s potent and audacious, if a little too far out, though Sleep Drifter shows they can write a melody, and Billabong Valley would make a fine addition to the soundtrack of a film about the Manson family. And while King Gizzard’s doom-laden lyrics are absurd (“Spark in firmament/ Doom City sky opens up/ He disorients/ Everyone lives with his breath”), their devotion to a singular brand of rock is laudable.