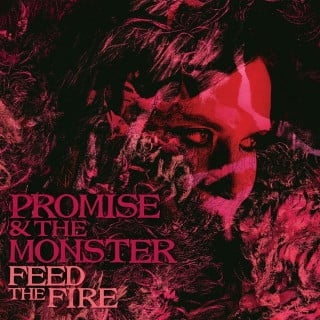 Billie Lindahl, the woman behind the name Promise & The Monster, brings a vivid landscape to life on Feed The Fire, her first album for Bella Union, released on January 15th 2016 . It’s a wondrous and haunting world, mixing light and dark, birth and death, mystery and imagination, awesome vistas and intimate detail. Lindahl builds an analogue and digital soundscape around her enchanting voice, luring you deeper into her wild world than ever before.

Feed The Fire was recorded in Stockholm, where Lindahl lives, at Labyrint, a small basement studio run by her friend Love Martinsen who produced the album and shares most of the instrumentation with Lindahl. “We aimed at combining the elegance of old Sixties recordings with something darker and more mechanical,” she recalls. “Like you would play a Lee Hazlewood song on top of Nico’s late Eighties records.”