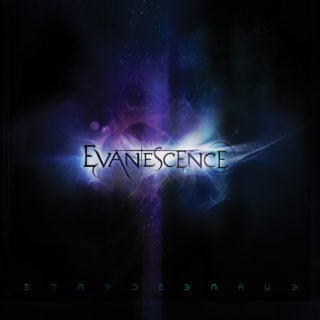 Evanescence rose to massive, global fame in the early 2000s, dominating the charts with their unique blend of heavy riffs and atmospheric, symphonic underpinnings. But following the release of Fallen (2003) and The Open Door (2006), the band took a much-needed break from the spotlight to recharge. Five years later, they returned with their highly anticipated self-titled album, Evanescence.

The time away was particularly fruitful for co-founder and frontwoman Amy Lee, who told Kerrang! that the synonymous title was “about falling back in love with this thing, with Evanescence,” adding that “it just felt like this is who we are.” Produced by Nick Raskulinecz (Foo Fighters, Alice in Chains, Coheed and Cambria), Evanescence also marked a creative turning point for the band, whose previous albums were written primarily by Lee. Instead, the group took a collaborative approach to their third record, while weaving in fresh sonic textures.

Released in the fall of 2011, Evanescence was embraced by fans and critics alike—debuting at No. 1 on the Billboard 200; landing in the Top 5 in the UK, Canada, Australia, and across Europe; and earning high marks from the likes of Entertainment Weekly, AllMusic and Kerrang!, who hailed Evanescence as the band’s “best album to date.” The LP also spawned several hit singles, including “What You Want,” “My Heart Is Broken” and “Lost in Paradise.” A decade later, the powerful and introspective album remains a fan favorite.

Evanescence are currently getting ready to kick off one of the biggest arena tours of the year with Halestorm. Tickets and limited VIP packages are on sale now at evanescence.com. Full dates listed below.

To celebrate the 10th anniversary of Evanescence, this special, collectible edition will be pressed on Purple-Smoke vinyl and limited to 8,000 copies worldwide.