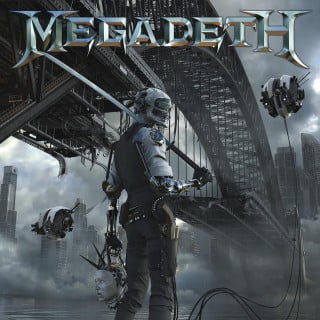 Dystopia is the fifteenth studio album by American thrash metal band Megadeth, released on January 22, 2016. The album, produced by Dave Mustaine and Chris Rakestraw, is the first by the band since 2004’s The System Has Failed not to feature longtime drummer Shawn Drover and also the first not to feature guitarist Chris Broderick since 2009’s Endgame. These roles have been filled by Lamb of God drummer Chris Adler and Angra guitarist Kiko Loureiro, respectively.