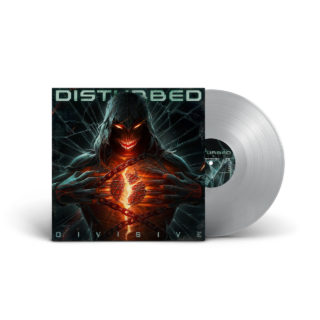 Gearing up for another era, multi-platinum rock band Disturbed’s eighth full-length album, Divisive, pulls no punches as a precise, pummeling, and powerful hard rock opus. Over the last year, the quartet cut these ten tracks with producer Drew Fulk [Motionless In White, Lil Peep, Highly Suspect] in Nashville, TN. After Donegan shared initial ideas with the rest of the group, they locked in like never before with the groove as the backbone. Drummer Mike Wengren bolted down some of the strongest and boldest rhythms of their career punctuated by John Moyer’s punchy bass. Together, the musicians collectively conjured the focus and fire of their seminal early output augmented by airtight songcraft and a heightened level of musical chemistry that could only be forged by years of writing and touring together. Breaking ground, it also notably marks the first time the band included a guest feature on an album, boasting the epic emotionally charged duet “Don’t Tell Me” with Ann Wilson. Meanwhile, the likes of “Bad Man” and “Divisive” rank amongst the band’s heaviest material. At the same time, they infuse the likes of “Won’t Back Down” with uplifting melodies.

8. Take Back Your Life